Mrs. Cadle's class discussed the Changes in the Ecosystem. Students watched a video about the Grey Wolves in Yellowstone Park and how they were removed from the park at one point.

During the video the students had to see if their card was a true or false statement about what happened when the wolves were removed.

After the video the students drew a T-chart on their table and sorted their cards. Students then discussed the cards as a whole class and how every organism plays an important role in the ecosystem. 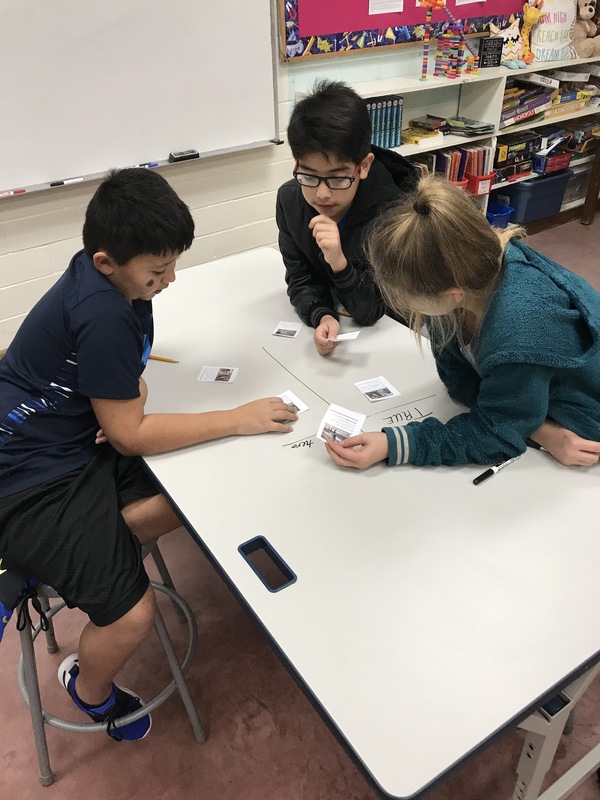